That would be an interesting title for a book. Murder with an eggplant! Maybe the victims turn purple. Anyway, on to the post.

I am one of those miraculous people who love foods like liver, asparagus, beets, oysters, cottage cheese, okra, and eggplant. Woo! The list goes on. I would be the dream child. In fact, I was. (ha) Okay, maybe not.

Of that list, liver and eggplant have to be my favorite. I know what you’re thinking. “Ew! Omg! How can you eat that? Omg gross! So disgusting! Omg!” I can’t tell you how many people have expressed their disgust for these foods in front of me, at me, etc. Yes, yes, I know…and no, I do not eat them together.

Of course, I am aware that not everyone hates these foods; gag as you will, but there are large populations who probably love them as much as I do. The fact remains, however, that they are some of the most commonly disliked foods in America (we Americans tend to be quite uncultured, I suppose).

But I secretly, or maybe not so secretly, think that those who dislike such foods are simply victims to society’s pre-conceived notions. Yes, people have different tastes, and yes, the textures/flavors of some foods may simply be unpalatable to some. But I have a feeling that many (especially kids) “dislike” foods cause they “look” unappetizing or because their friends/everyone else says they are “gross.” And so the pattern continues. (I do admit, though, that cottage cheese does not look like the most delicious thing in the world.)

Remember when we all “hated” spinach because it was “normal” to hate it? Brussel sprouts, too? I remember back when I was younger, my mom would pack me the most intricate, delicate lunches. Sometimes she would include cultural foods that, of course, all the other kids weren’t used to seeing. This included dried pork floss (ew, it’s fuzzy!), sushi, etc. I loved all these foods, but I would always get some random kid saying, “omg what is that?! Omg ew!” Of course, as a child, I was sensitive to this; I hated when people would stare at me while I ate, and sometimes I was ashamed of bringing my lunch. I almost stopped liking my favorite foods; it’s something that I think a lot of minorities go through. I’m over it now though. Sorry my lunches were so much more delicious than your PB&Js. 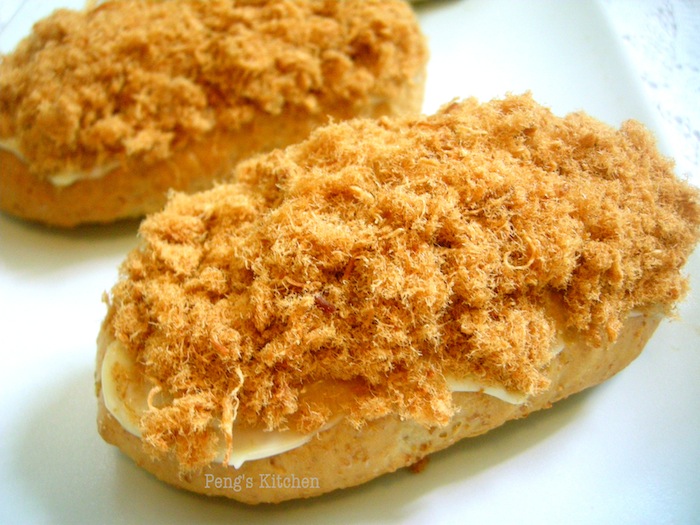 “Is that…mold?!” (Image from Peng’s Kitchen)

Obviously, that was back when we were kids with no sense of taste, but the idea is the same. I know too many people who have said, “ew, eggplant,” and it makes me wonder a) whether or not they have actually tried eggplant, or b) they just have terrible cooks in their family. Hint: If it tastes like rubber, you’re doing it wrong. I am probably biased because I love eggplant, but I believe that the majority of people dislike it have either never tried a properly prepared eggplant dish, or they just don’t like it “because it’s eggplant.” (Let me tell you now, it’s all about how you cook it!)

This is why being open-minded is so important to me. Things are just so much better when you don’t grip your pre-conceived ideas and biases so firmly. I’m pretty aware that it’s hard not to be affected by the influence of common opinion, but it’s also not too hard to break yourself out of that grip. If you jump into something saying you won’t like it, then, well, you probably won’t like it. Either that, or you’ll be reluctant to admit that whatever you’re trying is not that bad. It’s difficult to address your own narrow-minded behavior (haha). On the other hand, if you’re open to giving things a try, then things might turn out differently.

So tell me, have you been a victim of such ideas?

I’ve included an eggplant recipe here today so that any of you eggplant-haters might have the opportunity to try something new (or not, if you know you really hate it). I thought this recipe looked pretty freakin’ delicious though, so here it is (by the way, you can use slices of real tomato for even more kick):

2. Slice the eggplant crosswise into 1/2-inch-thick rounds, about 10 rounds. Place on the prepared baking sheet. Spray with olive oil spray. Sprinkle with pepper and garlic powder. No need for salt – the marinara sauce will provide all the salt this dish needs.

3. Bake the eggplant rounds 10 minutes. Remove from oven, turn to other side, spray with olive oil and bake 10 more minutes.

4. Remove pan from the oven. Switch oven to broil, setting it on high. With a spoon, spread marinara sauce on each eggplant round. Top with a basil leaf and sprinkle with cheese, dividing the sauce, basil and cheese evenly among the slices.

5. Return pan to oven. Broil 2-3 minutes, keeping a close eye on the oven, just until cheese is melted and golden-brown. Allow to rest 5 minuted before serving – it will be too hot to enjoy straight out of the oven.